The horror genre was very effective on radio because of the gruesome and frightening images that could be suggested by purely aural means. One of the earliest radio horrors was The Witch’s Tale, which debuted in May 1931 over WOR in New York and ran on the Mutual network starting in 1934. In that same year Lights Out, a true milestone in radio horror, was launched by producer-director Wyllis Cooper; in 1936 Cooper accepted a Hollywood screenwriting job and left the series to writer-director Arch Oboler. The show (which frequently aired at midnight so as not to be heard by the young and impressionable) became radio’s ultimate gore fest, filled with various grisly dismemberments accomplished by imaginative sound effects. Oboler tried to make some important points about society’s mores in his stories, balancing the gory with allegory.

A blend of the ghoulish and the murder mystery came with producer Himan Brown’s Inner Sanctum Mysteries (January 1941–October 1952), which almost always involved a murder and some supernatural element. An ironic finish was virtually a given; for example, in “”Elixer Number Four,”” an episode from 1945, a character played by Richard Widmark murders a scientist who has created a serum that gives immortality, only to be sentenced to prison for life. Weird characters abounded, their antics punctuated by the most uninhibited pipe-organ “stings” in the history of radio. The show’s best-remembered trademark was the ominous squeaking, creaking door that opened each episode and slammed shut at the episode’s conclusion.

Suspense (June 1942–September 1962) was certainly the longest-running horror-oriented show, as well as the most star-studded. As hinted by its title, the program was more suspenseful than horrific, and it was almost always rooted in contemporary everyday reality. The series’s best-remembered story, frequently reprised, was “”Sorry, Wrong Number, “” actress Agnes Moorehead’s tour-de-force portrayal of a bedridden woman who accidentally overhears a murder plot on her telephone, unaware that she is the intended victim. Despite shrinking budgets during its last years, Suspense continued to deliver first-rate programs until the final day of the series—and of network dramatic radio—on September 30, 1962.

A Night(mare) of Horror with Vincent Price

Draw the velvet drapes, turn down the gas lamps, light the Black candles, settle in a comfy chair by a roaring log fire and TUNE IN to Dark Arts Horror Radio …

(*For more listening options, take a stroll down the corridor to the Elektrikal Dark Tower) 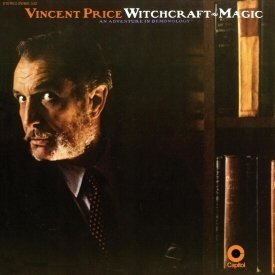 An Adventure in Demonology

In the event of Global economic meltdown, political upheaval or nuclear catastrophe our single lifeline of communication would not be smartphones, the internet or TV but RADIO. Relatively simple analoguie technology, easy and cheap to build and reliable!

You have been warned …!

Tune in to Dark Arts Horror Radio and listen to non-stop tales of classic horror, mystery and suspense from the Golden Age of Radio.

Suspense, one of the many suspense and mystery Old Time Radio (OTR) shows playing on Dark Arts Horror Radio, is an Old Time Radio drama series broadcast on CBS Radio from 1942 through 1962. Subtitled “radio’s outstanding theater of thrills” and focused on suspense thriller-type scripts, usually featuring leading Hollywood actors of the era. Approximately 945 episodes were broadcast during its … END_OF_DOCUMENT_TOKEN_TO_BE_REPLACED