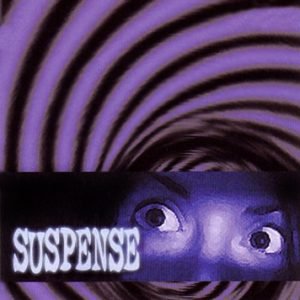 Suspense, one of the many suspense and mystery Old Time Radio (OTR) shows playing on Dark Arts Horror Radio, is an Old Time Radio drama series broadcast on CBS Radio from 1942 through 1962. Subtitled “radio’s outstanding theater of thrills” and focused on suspense thriller-type scripts, usually featuring leading Hollywood actors of the era. Approximately 945 episodes were broadcast during its long run.

In the earliest years, the program was hosted by “The Man in Black” (played by Joseph Kearns or Ted Osborne) with many episodes written or adapted by the prominent mystery author John Dickson Carr. The program’s heyday was in the early 1950s, when radio actor, producer and director Elliott Lewis took over (still during the Wilcox/Autolite run). Here the material reached new levels of sophistication. The writing was taut, and the casting, which had always been a strong point of the series (featuring such film stars as Orson Welles, Joseph Cotten, Henry Fonda, Humphrey Bogart, Judy Garland, Ronald Colman, Marlene Dietrich, Eve McVeagh, Lena Horne, and Cary Grant), took an unexpected turn when Lewis expanded the repertory to include many of radio’s famous drama and comedy stars — often playing against type — such as Jack Benny. Jim and Marian Jordan of Fibber McGee and Molly were heard in the episode, “Backseat Driver,” which originally aired February 3, 1949.

The series expanded to television with the Suspense series on CBS from 1949 to 1954, and again in 1962. The radio series had a tie-in with Suspense magazine which published four 1946-47 issues edited by Leslie Charteris.

The final broadcasts of Yours Truly, Johnny Dollar and Suspense, ending at 7:00 pm Eastern Time on September 30, 1962, are often cited as the end of the Golden Age of Radio.

Dark Arts Horror Radio broadcasting from beyond the grave … hmmmmmmmm …