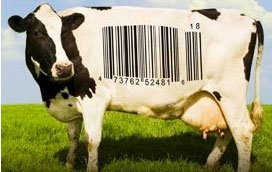 Ahimsa is not the principle of non-killing but non-violence

Vegetarian or not vegetarian diet?

Some people don’t eat meat simply because they don’t like it. Some people, who may actually enjoy meat, decide to follow a vegetarian or even a stricter vegan diet as an ethical choice and that choice is, usually, based on the  principle of ahimsa, or non-violence. At some point on a Spiritual path many individuals face this hurdle and for some it’s no problem while for others it becomes a choice between the liking for meat or an enforced vegetarianism based on the apparently ethically superior requirement to abstain with the implicit assumption that it’s not possible to eat meat and follow a Spiritual path, an assumption I would strongly challenge. Regardless of the many arguments for and against they all boil down to either health or ethics and although there is some considerable evidence of the health-ier benefits of a non-meat diet this is based on the consumption of meat produced by modern intensive farming which includes less than humane conditions and treatment and a cocktail of additives and processing methods which I suspect tip the scales in favour of the health argument which would suggest that meat from humanely reared  killed animals may in fact be no less (or more) healthy than a vegetarian or vegan alternative. Which leaves the question of ethics and the principle of ahimsa.

Nominally a Hindu term, ahimsa is a concept taught and followed in many religions and traditions mostly of Asian origin particularly Jainism, Hinduism and Buddhism although the case isn’t as clear cut as many (mainly Westerners) presume. Some Hindu scriptures advocate a vegetarian diet and many Mahayana sutras strongly condemn the eating of meat so it is equally integral to Mahayana Buddhism and to many shades of Hinduism but by no means is it universal. While it’s true that as a continent India has the largest number of vegetarians of any country in the world and some sects of Hinduism insist on a vegetarian diet, there is a wide diversity of dietary beliefs and practices that derive as much from locality and necessity as from ancient scripture.

Sikhism is particularly interesting since it imposes no hard and fast rules and leaves the consumption of meat, providing it is jhatka – the animal killed humanely and instantly, not ritually slaughtered (viz halal) – to individual conscience. And there’s the rub. Are we to assume that those Sikhs who choose to consume meat along with some 70 per cent of Hindus, 50 per cent of the world’s (mainly Theravada) Buddhists, and entire communities of indigenous peoples – the Aborigines of Australia, Native American Indians, the majority of tribes and historical cultures of South America are all therefore somehow spiritually lacking and less ethically advanced due to their  dietary choices that include meat. I would say not!

The principle of ahimsa is I would venture frequently misunderstood. It is not a principle of non-killing but a principle of non-violence and the distinction is as ontological as it is ethical. Is ‘killing’ in and of itself unethical? The short answer is a categorical no. The long answer would fill several volumes but is still a categorical no. It is, I would argue, the intention of an action that defines a clear dichotomy between violence and non-violence, a dichotomy clearly expressed by the advice to Kwai Chang Cain by his master the old Shaolin priest in the TV series Kung Fu starring David Carradine:

As I hinted at earlier in this article in reference to the mass production of meat and its byproducts, modern production methods are for the most part inhumane to the point of cruel designed and operated large-scale to produce the maximum amount at the lowest possible cost for maximum profit with little or no concern for either the billions of animals processed in dreadful conditions to that end or indeed the health, physical or spiritual, of consumers.

The killing of animals, the eating of meat or wearing of skins are in themselves neither unethical nor a bar to Spirituality but we should make ethical choices according to our conscience and if we choose to eat meat, then we should, like Sikhs, perhaps consider the means by which it arrives on our plate.

This site uses Akismet to reduce spam. Learn how your comment data is processed.

Dark Entertainments is proud to be associated with Mysterium Tours (Prague, Budapest & Madrid)